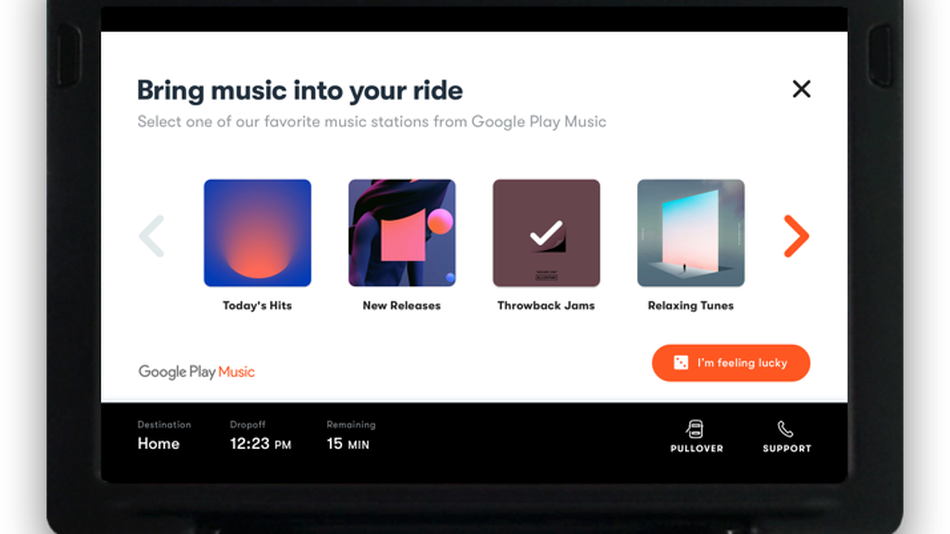 Jam out in a self-driving car.
Image: waymo

Waymo One now lets you stream music through screens in its self-driving cars.

Those tunes are provided by Google Play Music, the Spotify competitor that offers millions of songs for $9.99 a month. It’s perfect corporate synergy: Waymo and Google have the same parent company, Alphabet.

Currently, the self-driving taxi service is only offered in the Phoenix area. One of those users posted about their experience on Reddit, saying they had eight different playlist options and a Google-esque “I’m feeling lucky” button to play a random assortment of songs. They did feel lucky, and ended up with 25 minutes of Lorde, Vampire Weekend, The Black Keys, and other artists.

Aside from the playlists, the backseat screens only show some basic maps and ride progress. You can skip through tracks and adjust the volume, just in case your favorite song comes on. Be nice, though: the entire car can hear the music, including the safety drivers who sit in front of the company’s Chrysler Pacificas.

This is not the first time a ride-hailing service has let you stream tunes during your ride. Back in 2016, Uber introduced partnerships with Pandora and Spotify. We checked with Uber to hear about what happened to that feature but it looks like it’s long gone.

Waymo also recently shared some details about its navigation and detection system, which recognizes and then predicts what pedestrians, groups of school children, bicyclists, and other vehicles are going to do. Above a Waymo car lets a bicycle pass when the bike lane is blocked.

WATCH: Your next taxi driver might be a robot 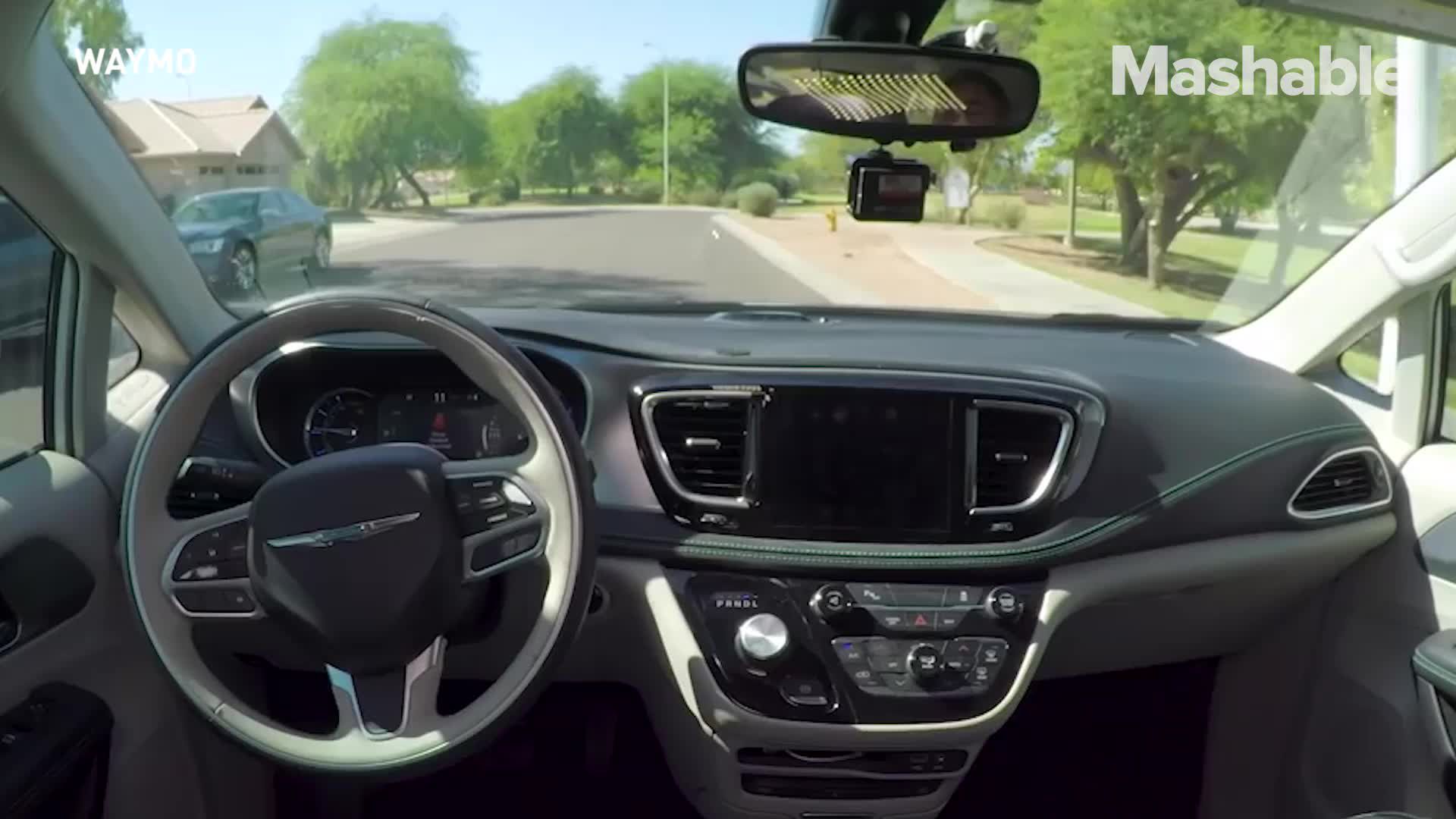